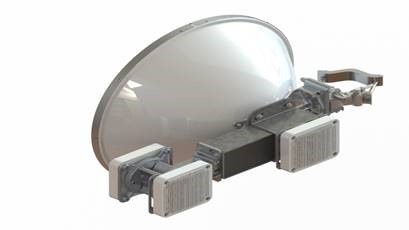 There is an apocryphal story dating back to the early days of the telephone that claimed such newfangled technology would never take off. Why? Because there simply weren’t enough servants to pick up and answer the novel devices. A century later most of us now have our own personal ’servants‘ in the form of digital assistants.

I was clearing my desk recently and came across some old Andrew catalogues dating back to the 1980s and 1990s. These catalogues were like bibles to some and resided on almost every telecom engineer’s desk. The focus then was trunk radio solutions; microwave systems operating between 2 and 11GHz which relayed voice traffic across continents using large antennas between 8 and 15 feet in diameter. Mobile phones were the domain of a sharply dressed few.

CLICK TO TWEET: CommScope’s Donald Gardner explains how dual band antennas are a modern take on an old idea.

Thumbing through the catalogues, I came across some early dual band antennas and it struck me that certain industry challenges haven’t really changed all that much over the years. Dual band antennas were used to either free up space on towers or enable more capacity to be deployed without incurring the additional tower loads associated with installing another antenna.

Roll forward 30 years and long-haul trunk networks have largely been replaced with fiber while mobile communications and data access are now ubiquitous. Tower loading is still a major issue, as the demand for data requires the deployment of cellular antennas covering an ever-increasing number of bands. This, together with the associated filters and tower mounted amplifiers, along with microwave antennas to backhaul the traffic, stretches tower capacity to the limit.

The backhaul capacity is equally stretched – sites which could historically be connected with a single microwave channel now need two or more (and it is still often not enough). This has driven the industry to higher frequencies at 70 GHz and higher, where wider channels and dual polarized configurations allow capacity of up to 20Gb/s. There are trade-offs, as these E-band frequencies struggle with availability in poor weather conditions, thereby limiting the useable length of links. 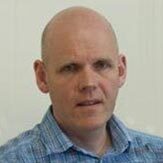 Donald Gardner is new product development manager within the Microwave Antenna Systems team at CommScope and is based in Kirkcaldy, Scotland. Holding a Master of Engineering degree from the University of Strathclyde and a Master of Business Administration from the University of Edinburgh, he has been involved in the wireless communications industry for over 30 years. Prior to his current position, Gardner held various positions in quality, engineering and product management within our microwave antenna group. His key expertise includes mechanical and process engineering of microwave antennas and product management of microwave backhaul solutions.
See all posts by this author

It’s Important, But It’s Not All About 5G

5G is one of the hottest topics right now, and there is no denying the capabilities that it will bring. But this won’t happen overnight, and the case for other wireless technology is still strong. Read Ed Wyatt, Jr.’s blog for more about why it’s not all about 5G.